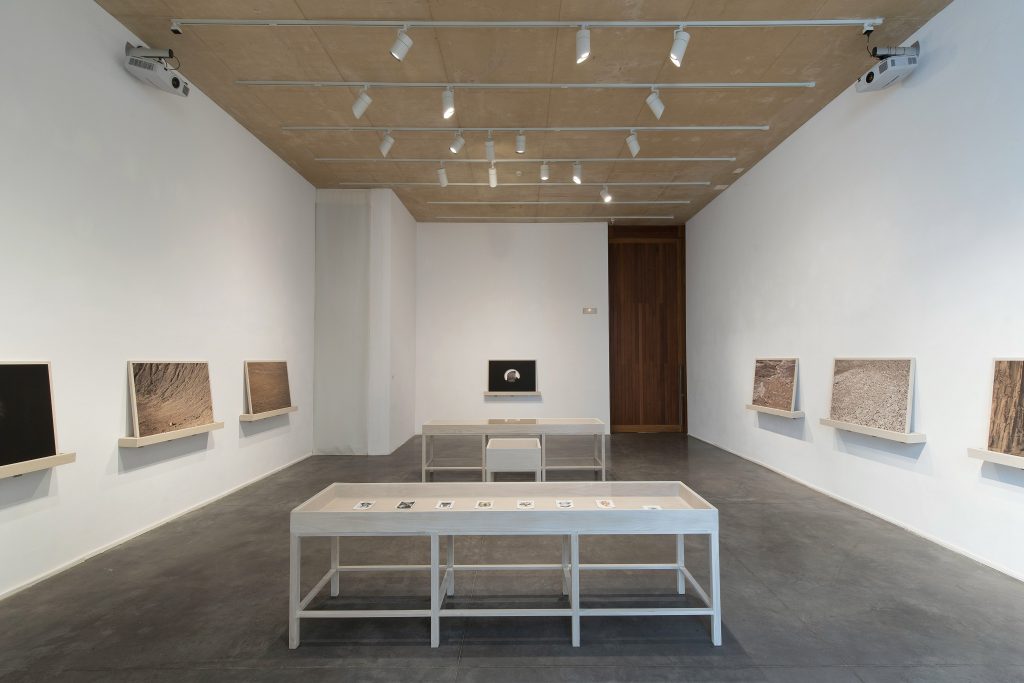 A vast desert covered in ancient rocks, petrified forests and expansive flat planes, defines the natural landscape of the U.S. American South. This distinctly photogenic region has witnessed violent encounters between the Native American people who lived there and the European conquistadores who conquered the land, eliminated entire populations and seized the territory culturally, socially and economically. It could be argued that the natural landscape remains “complicit” with this fate: The landscape can’t speak so it hides these histories under the allure and the beauty of nature. Photographers have historically represented this sublime landscape producing images that marvel with the beauty: a beauty that prevents us from seeing the atrocities that took place within it.

Petrified is a photographic and sculptural installation by Carlos Motta that brings together landscape photographs take by the artist in the New Mexico and Arizona deserts and an archive of appropriated historical images that depict encounters between local indigenous people and the conquistadores in a variety of situations, from physical confrontations to ceremonial rituals; as well as portraits of the conquistadores. Presented in two large flat vitrines, the archival images are displayed around a small rock illicitly taken by Motta from The Petrified Forest National Park. Within the installation, the rock symbolizes the colonial strategy to take by force but it is also an artifact that embodies a history of “petrified” silences.

The installation is part of Motta’s ongoing research on the colonial legacies of domination in the American continent since the 15th century until the present and seeks to highlight how regimes of representation (landscape photography, historical painting and portraiture) have served as accomplices to processes of historical erasure. 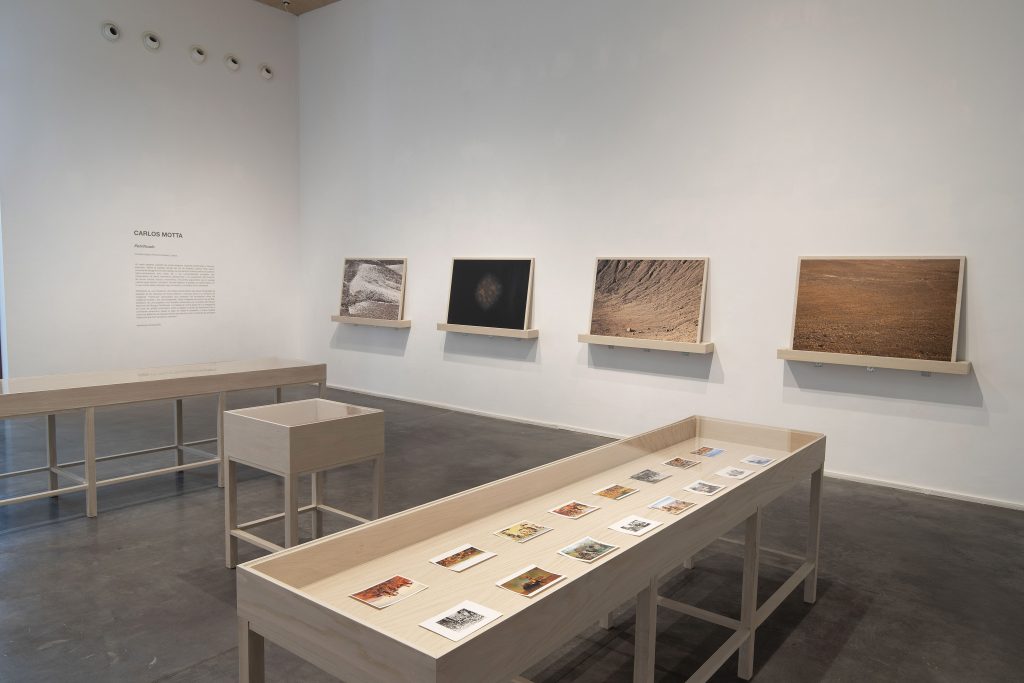 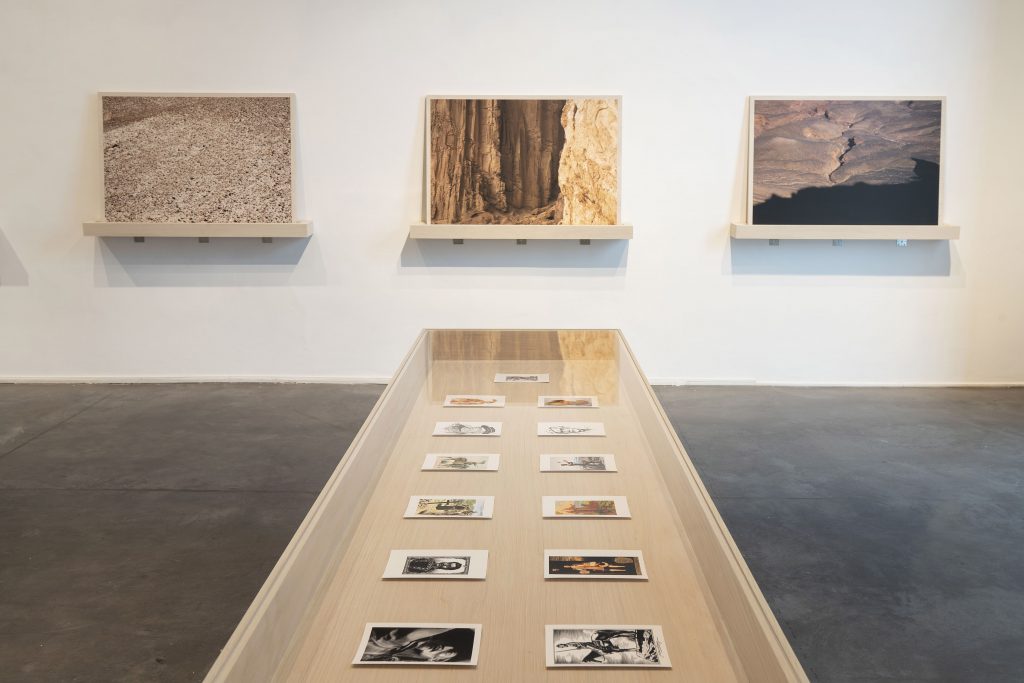 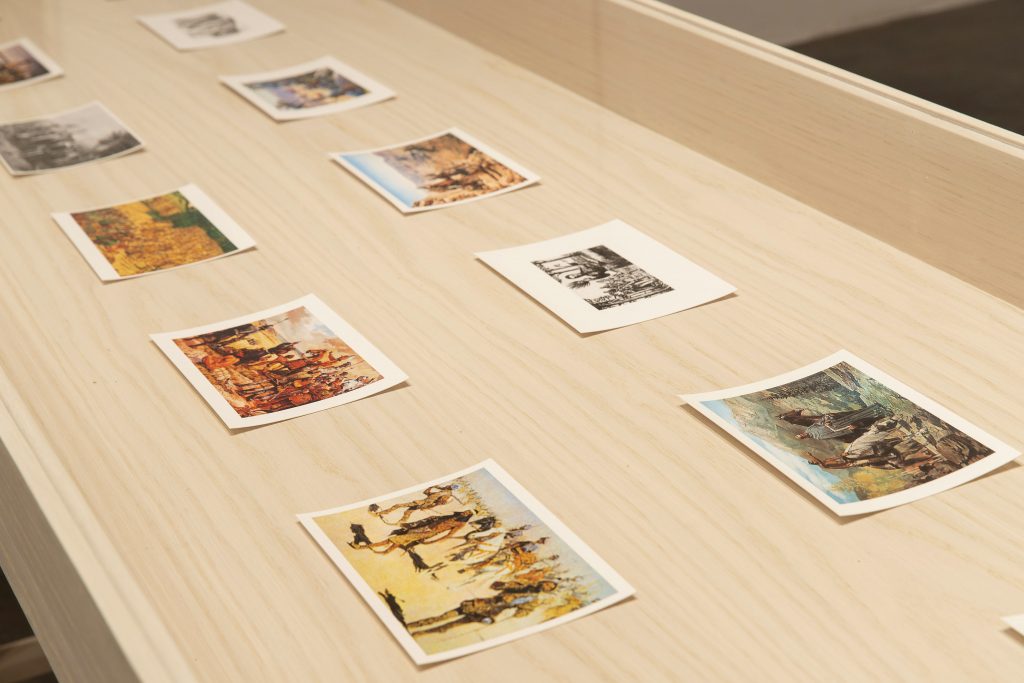 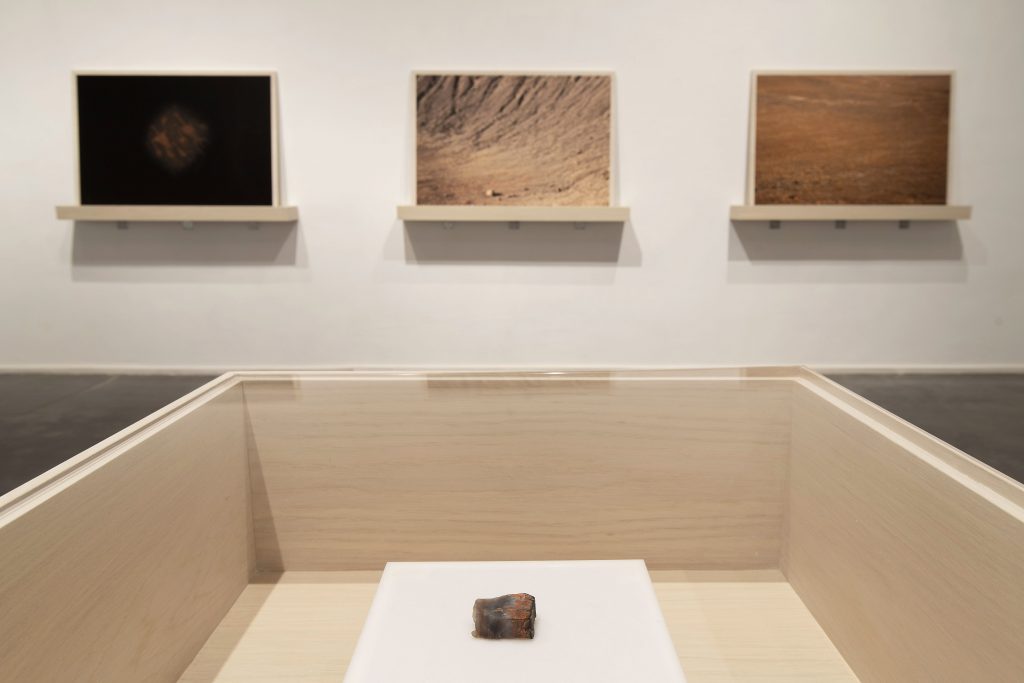 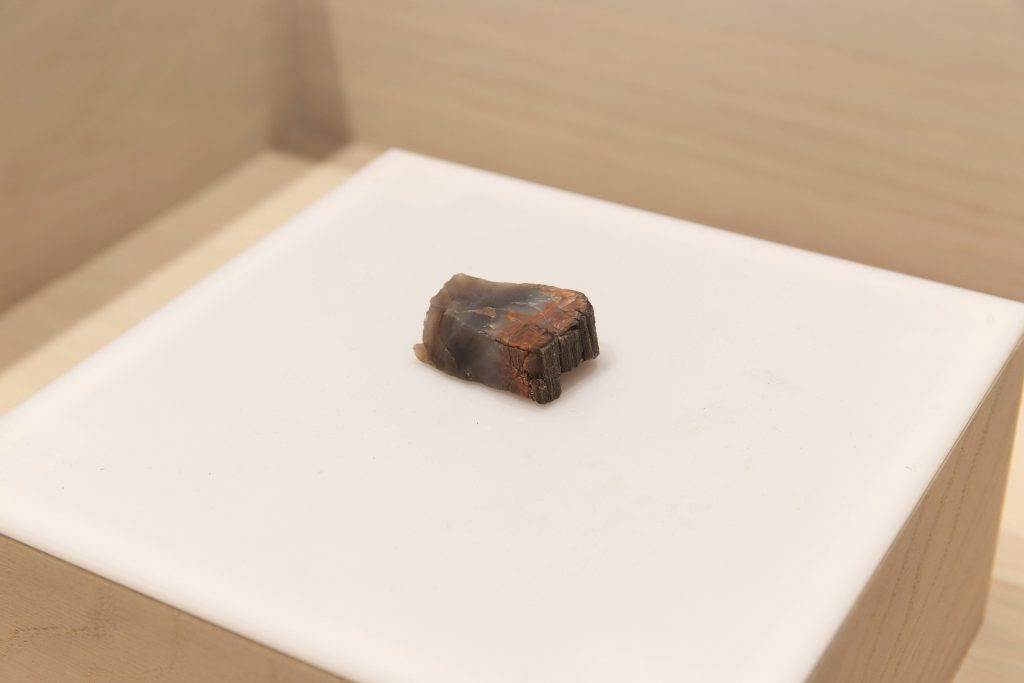 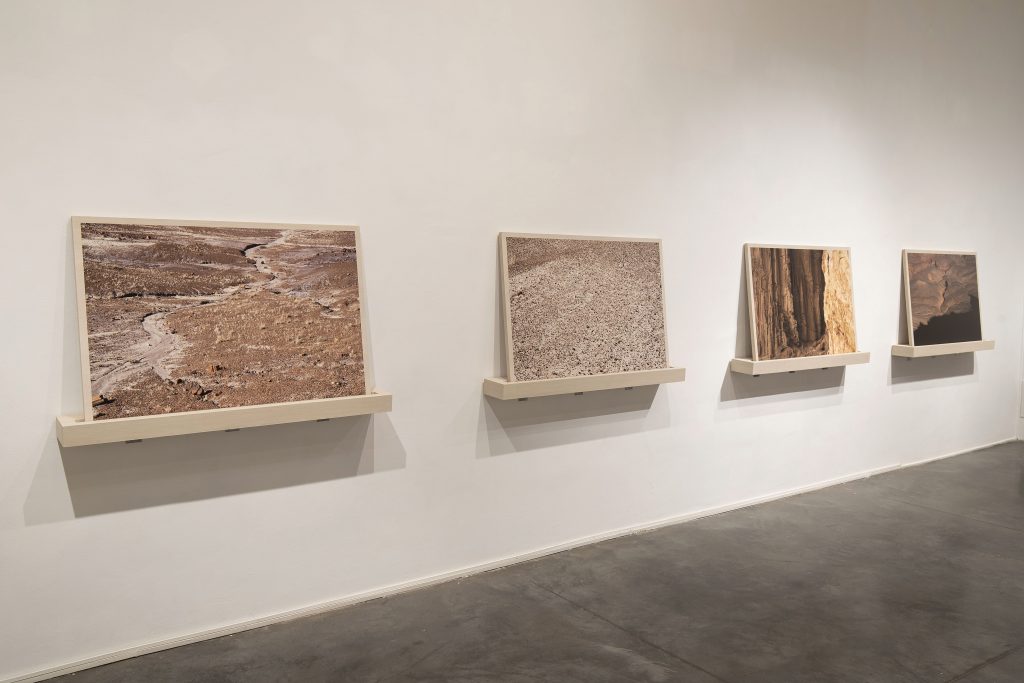 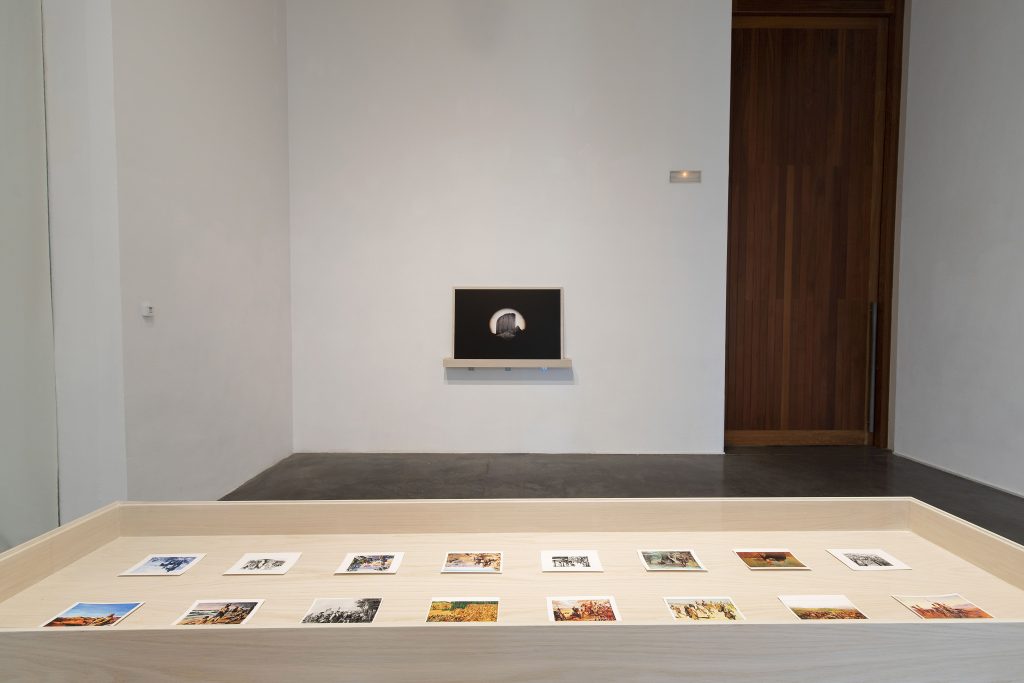