Originally published in the New York Times on May 12, 2016 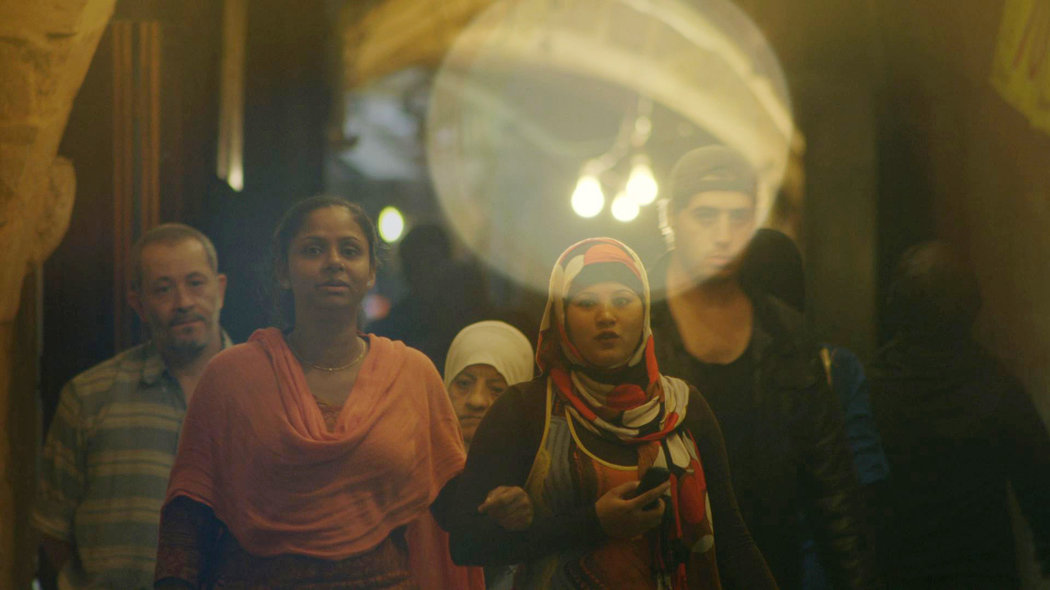 Film still from Carlos Motta’s 2015 video “Desires,” in which two women correspond from different continents.
Courtesy of the artist and P.P.O.W, New York

If Carlos Motta’s rich solo debut at P.P.O.W has a centerpiece, it’s the 2015 video titled, in both Spanish and Arabic, “Desires.” Around 16 minutes long,“Desires” is an epistolary narrative, in which two women write to each other from different continents. One side of the correspondence is based on early-19th-century legal documents found in Bogotá, Colombia, Mr. Motta’s birthplace. They record the trial of a woman named Martina whosefemale lover accused her of being a hermaphrodite, making their relationship a violation of Spanish colonial sodomy laws. The other writer is an imaginary woman named Nour, who lives in Beirut, then moves toDamascus. She has married a man to stay close to his sister, her lover. In letters, the two women, like solitary prisoners communicating through a wall that separates their cells, share the facts of their repression and express, sight unseen, love for each other.

The show’s second major part is the extraordinary 2013 installation “Towards a Homoerotic Historiography #1,” consisting of 21 tiny sculptures adapted from pre-Columbian Latin America artwork and depicting explicit sexual acts, mostly homosexual. Mr. Motta’s versions, gold-plated and displayed likejewels, suggest that, until the colonial era, certain cultures in Colombia, Mexico and Peru were free of moral prohibitions surrounding gender and sexuality brought by Christian Europe. Finally, in a gallery between this installation and the video, Mr. Motta brings his mix of reality and myth into the modern world with 1998 photographic self-portraits thatblur anatomical signs of gender.

Altogether, this exhibition has a polish and complexity that would do a museum proud and shows one of our most astute and imaginative commentators on the still barely explored history of sexuality working in ground breaking form. A brochure-style catalog with an essay by David J. Getsy, an art history professor at the School of the Art Institute of Chicago, is a valuable addition. So is an online archive by Mr. Motta, introduced during his 2012 exhibition and residency at the New Museum, of dozens of terrific interviews addressing proactive queerness, recorded in Colombia,Norway, South Korea and the United States (wewhofeeldifferently.info). Finally, the gallery will screen Mr. Motta’s 2013 video “Nefandus Trilogy”on Wednesday at 7 p.m.