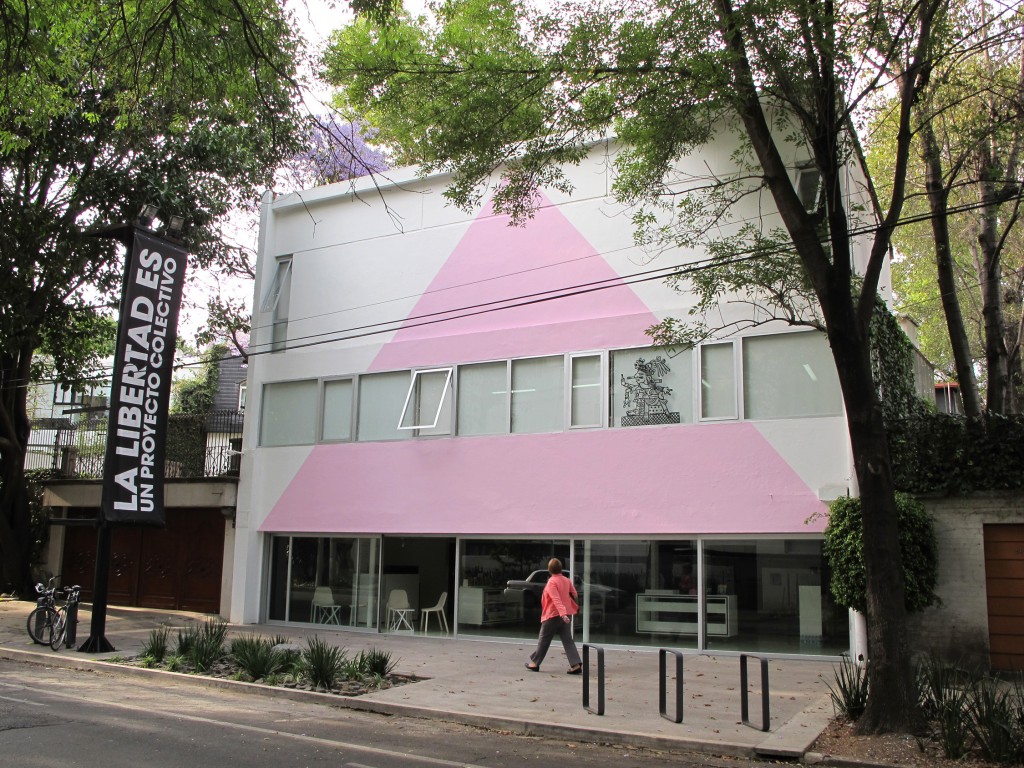 Shape of Freedom investigates the political developments of sexual activism. The work revisits the history of the pink triangle and other emblems of sexual difference. While stressing the importance of collective processes for the advancement of the notion of social freedom, the work focuses on various milestones to engage with the Mexican context: a mural on the façade of the Sala de Arte Público Siqueiros, the former home of the Mexican muralist (and other venues subsequently), a timeline and a series of public programs.

During World War II, the prink triangle was used by the Nazis to identify homosexual prisoners in concentration camps. Later on, American activists in the 1970s appropriated the emblem as a sign of social empowerment, which represented progressive ideals such as the abolition of marriage, patriarchy and capitalism –as a movement that strived for a society free of sexual exclusion. In the midst of the HIV/AIDS crisis, the emblem was adopted as part of the efforts to fight the epidemic. In the middle of the same decade, the rainbow flag replaced the triangle as a “symbol of freedom,” but it also emerged as a different type of activism that slowly abandoned the desire for a fundamental systemic change, while assimilating a heterosexual normativity.

From the geometric harmony of a pink triangle and the complex history of its social connotations, Shape of Freedom questions the present and future of sexual activism. It is an attempt to reassess the implications of a movement that achieved legislative milestones, such as the rights of same-sex couples, but in their quest for inclusion reenacts regulatory norms of exclusion.  More info here 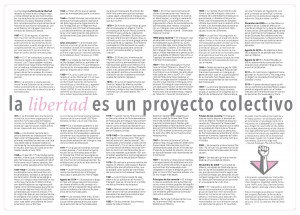 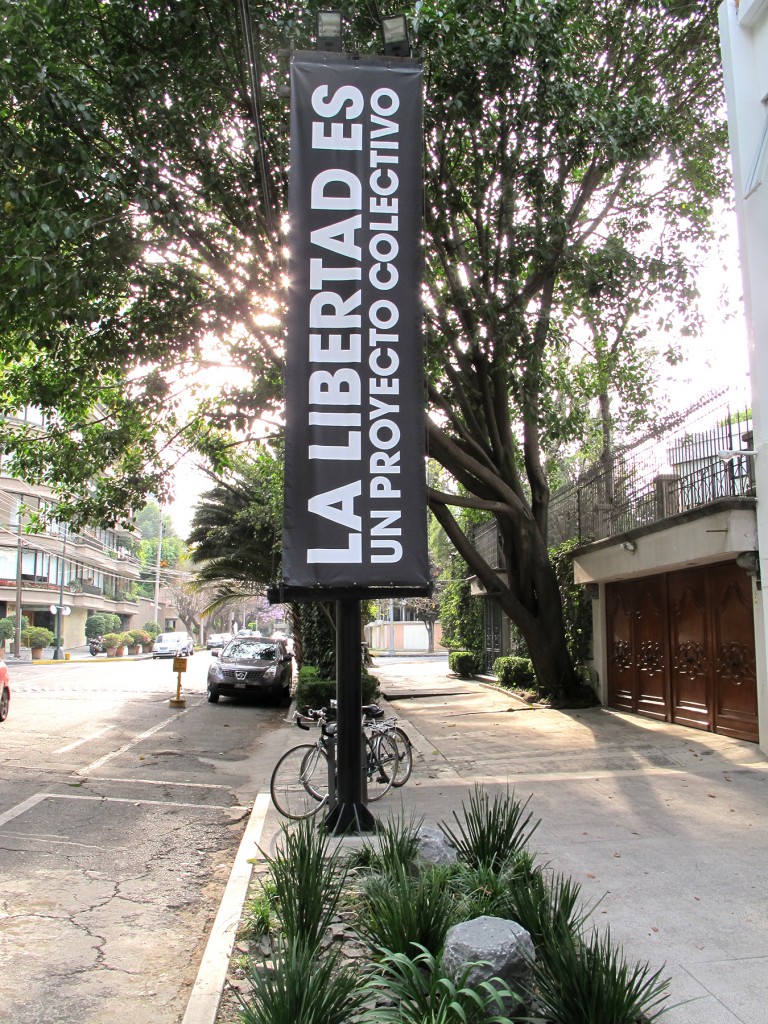 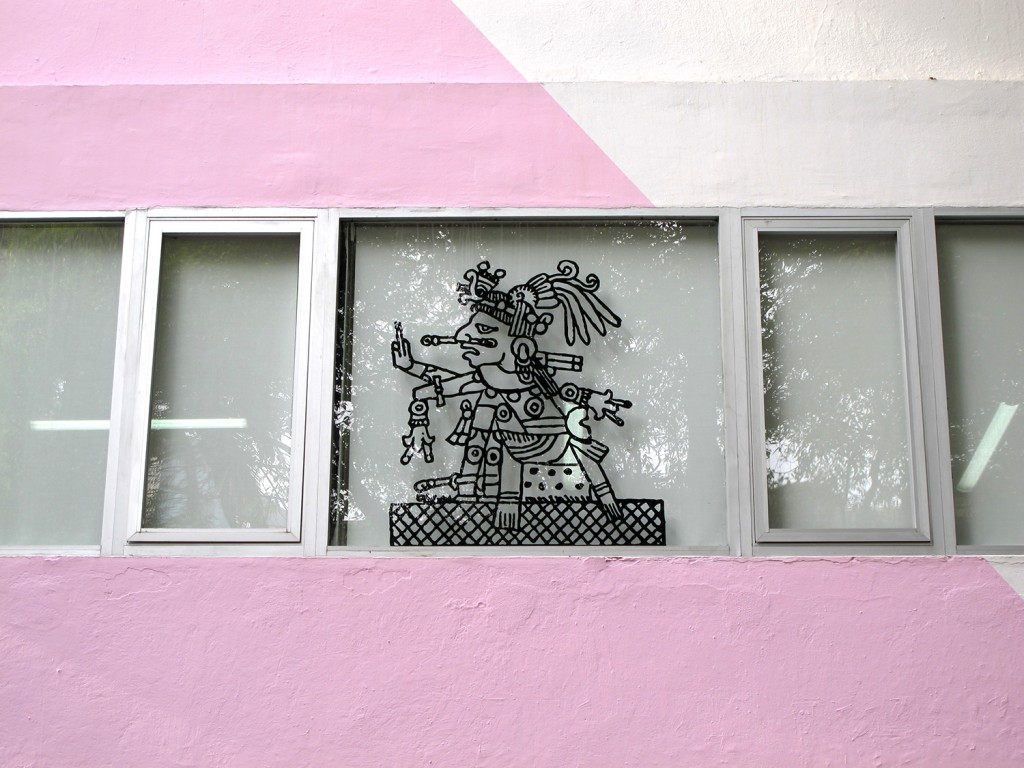 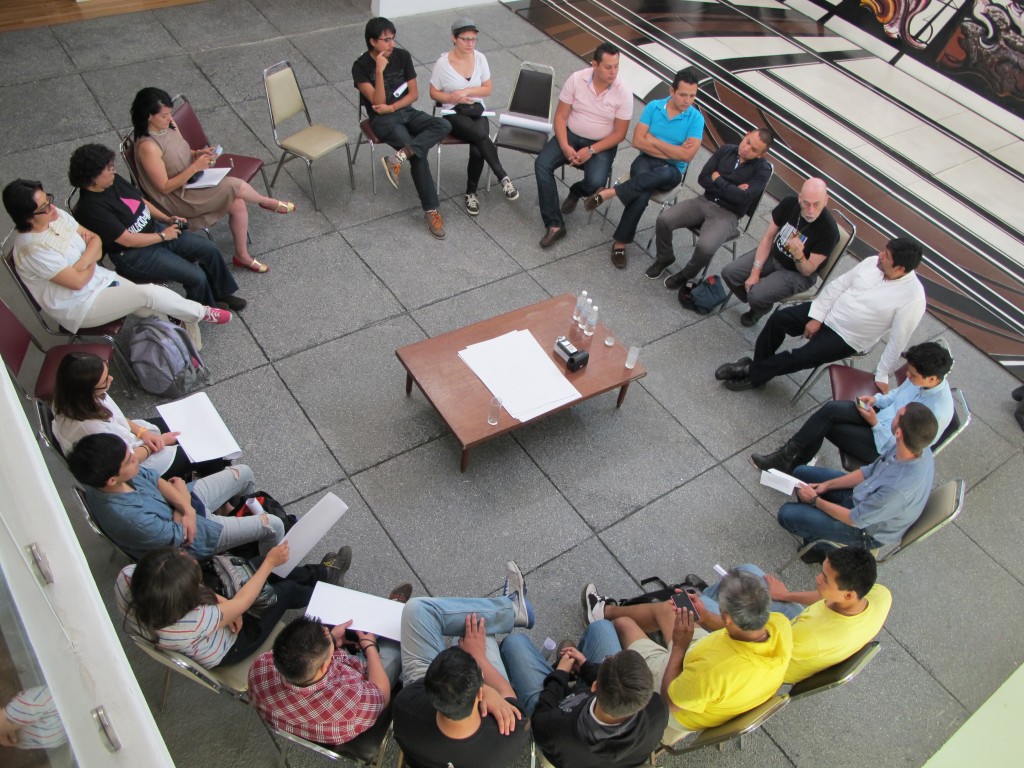 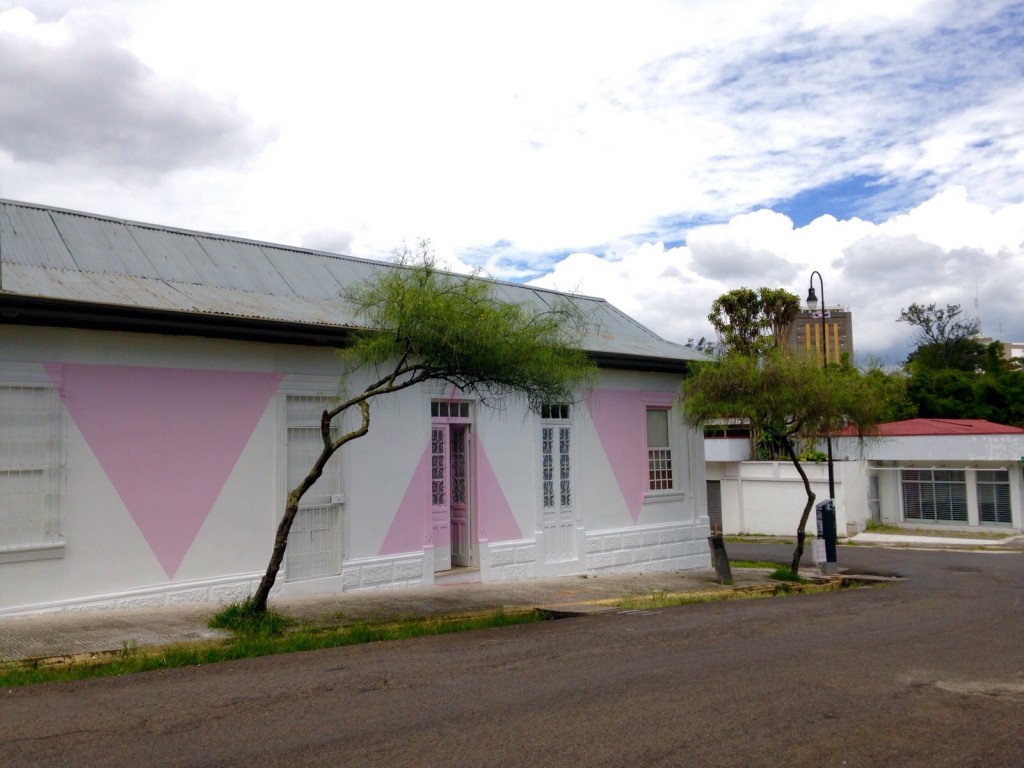