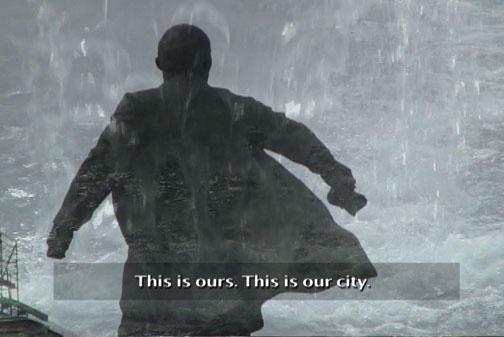 Leningrad Trilogy presents three distinct paths to travel across Saint Petersburg, considering public space, Soviet Era monuments and architecture as markers of its history. The work is composed of three narrative videos each of which focuses on Saint Petersburg as a contested city, a site of confronted ideologies, a literary muse and a witness of political victory and defeat.

“Leningrad” is a meditation on the Leningrad that witnessed years of political repression during Stalin’s terror. Readings of two important poems: Anna Akhmatova’s Petrograd, 1919 and Osip Mandelstam’s Leningrad (1930) serve as audio companions to a contemplative video montage shot in contemporary St Petersburg. 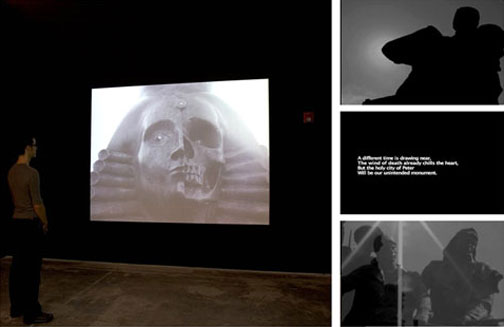 “Leningrad, Petrograd, Petersburg (Part 1)” is a before-and-after look at landmark cityscapes, based on a 1954 government-published book of photographs of the city. Visiting the city 52 years later, I re-photographed each of these locations, revealing changes to Soviet monuments and architecture. The accompanying voiceover is a recorded conversation between curator Elena Sorokina, artist Yevgeniy Fiks, and myself in which we respond to the images and the many political, historical and cultural aspects that these invoke. Thirty-six of the location pairings are also made as photographic diptychs, which show a wide spectrum of degree of change over time. 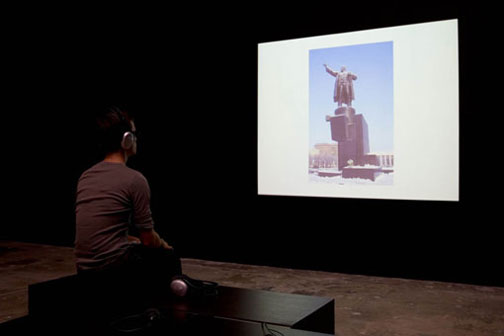 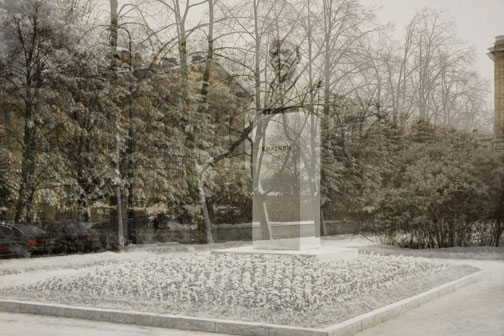 “Leningrad, Petrograd, Petersburg (part 2)” presents a series of interviews held around St Petersburg’s two most prominent Soviet Monuments to V.I Lenin. The interviewees respond to a series of questions that attempt to investigate the public perception of these heroic Soviet monuments and how they affect the contemporary landscape of the city fifteen years after the fall of the Soviet Union. 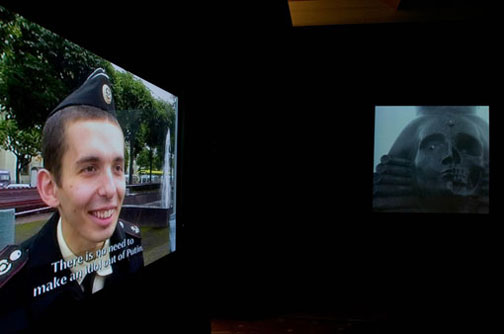 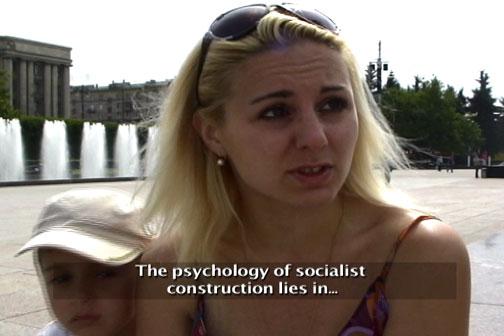