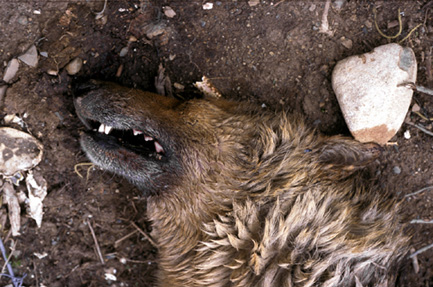 Land M(y)ne was shot in Tierra del Fuego, Chile. The photographs present bodies of dead animals and abandoned pieces of clothing scattered and buried in the land. In the years following the 1973 Chilean coup d’etat, large portions of these fields were mined, making them dangerous and uninhabitable. Though these photographs don’t specifically document the effects and the aftermath of the mining, they metaphorically emphasize the need for a restitution of consciousness about the effects of politically driven actions. Land M(y)ne, is a personal reflection on the ongoing “ideology of terror” imposed on civilians by threats of violence. 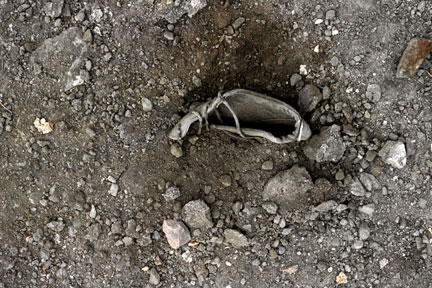 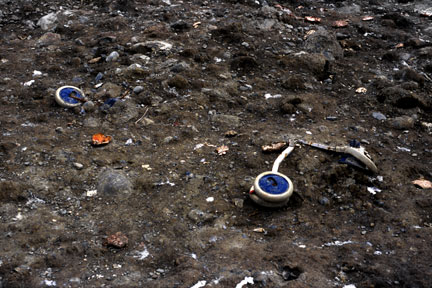 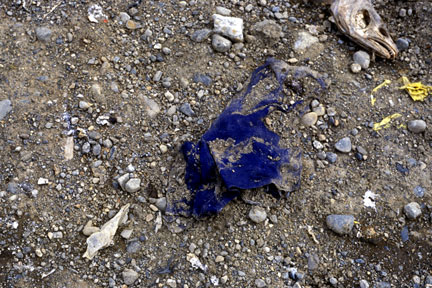 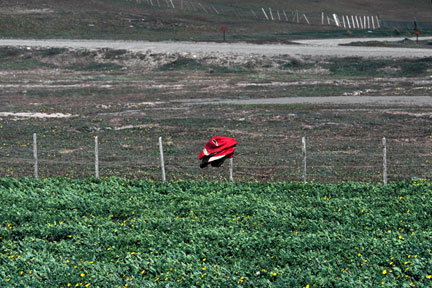