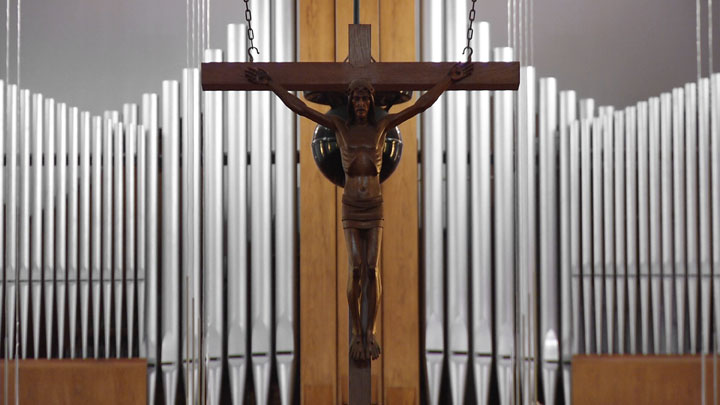 Set in Portugal, DEUS POBRE, which translates as Impoverished God, revisits this particular history by asking contemporary priests to deliver, during their daily mass or for a public audience, theological-political sermons originally written by Bartolomé de las Casas (1542), António Vieira (1653-57), Gustavo Gutiérrez (1971), Óscar Romero (1977-80),and Leonardo Boff (1996). Thus the priests engage with Portugal’s colonial history and the past role of the church in missionary evangelization, as well as with its current institutional role in a globalized and socially unequal world where the majority of its population lives in abject poverty.

Below are the videos of the readings and the image sequences in sections (in the installation they run linearly). When you watch them keep in mind that the work is intended to be experienced in physical space, shifting one’s body from one side of the room to the other.

The  installation is composed of a “floating” two-sided wooden screen (projections from the front and the back), a photograph, and a series of puzzles placed on shelfs. 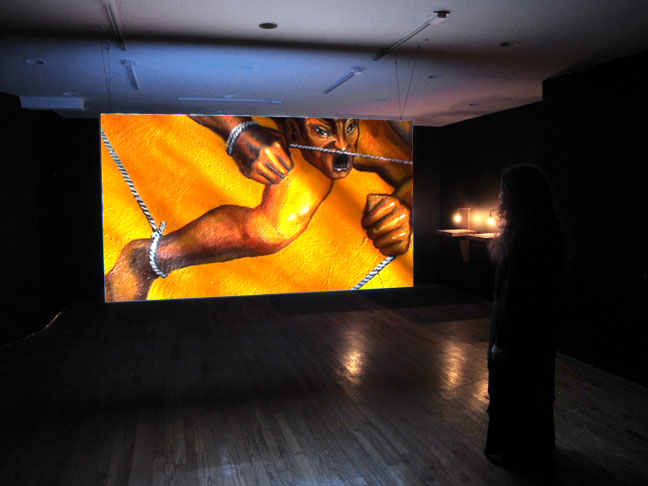 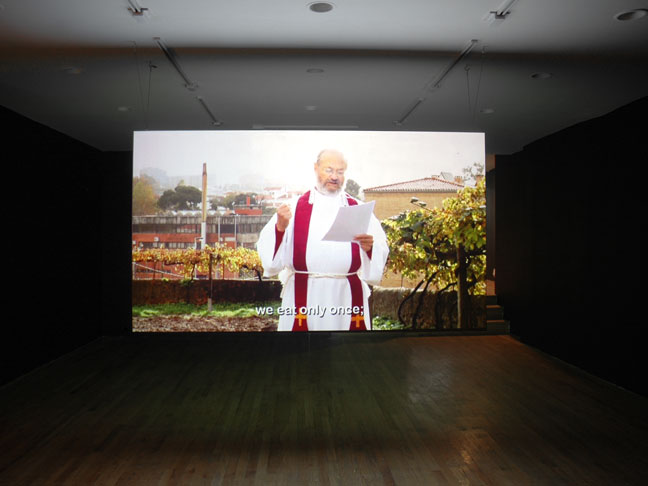 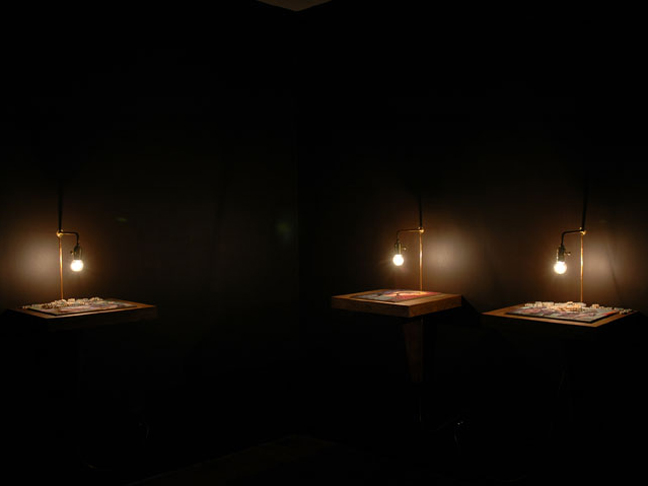 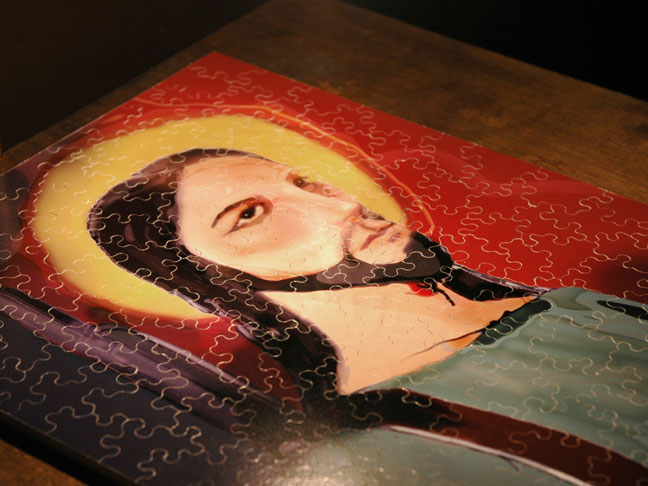 Installation of one of the puzzles 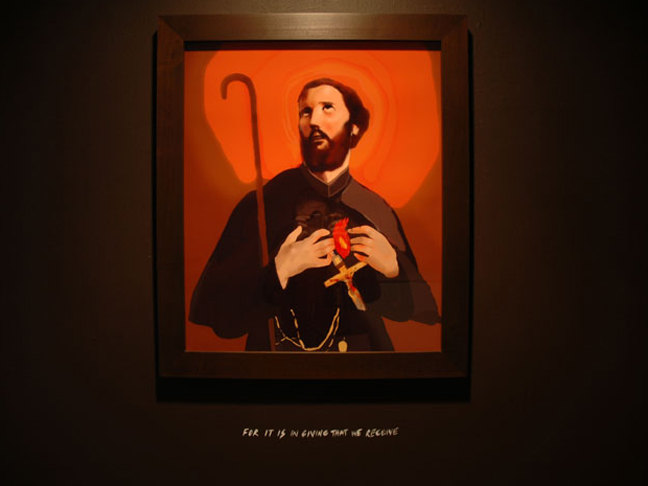 St. Francis of Assisi illustration  and quote: “For it is in giving that we receive”

Some stills from the videos 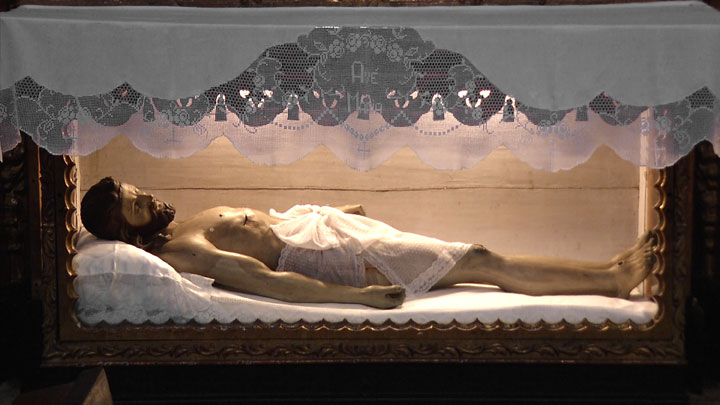 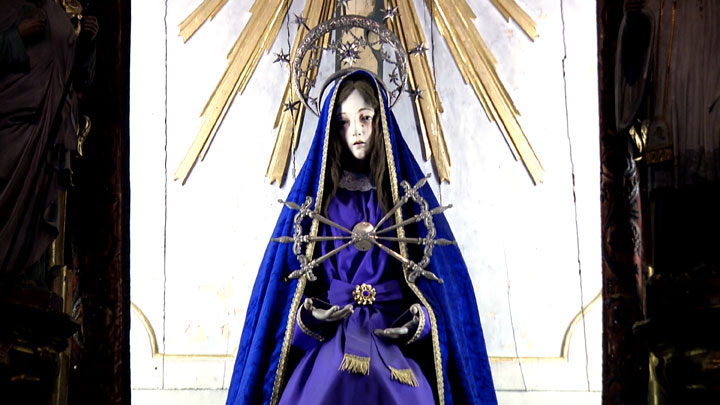 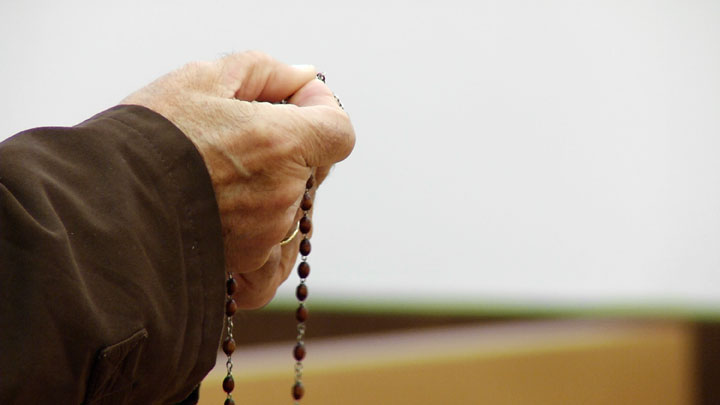 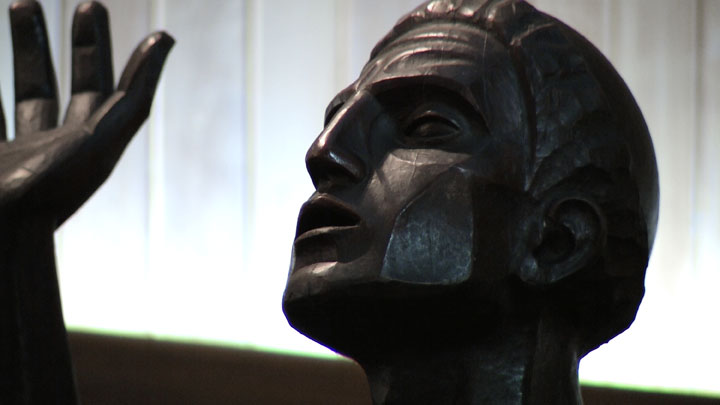 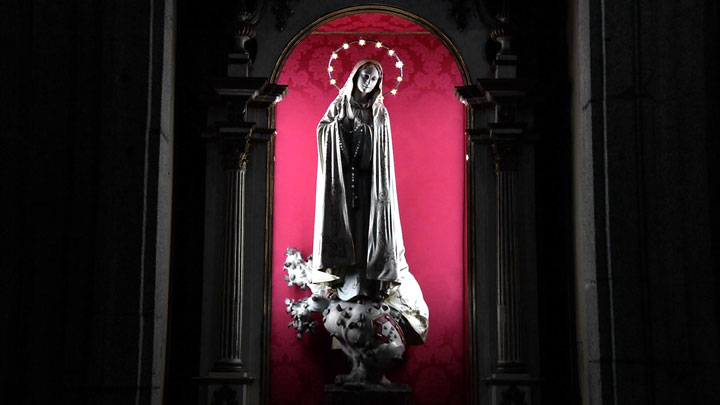 Video interview about Deus Pobre and Six Acts: An Experiment in Narrative Justice (in Spanish) 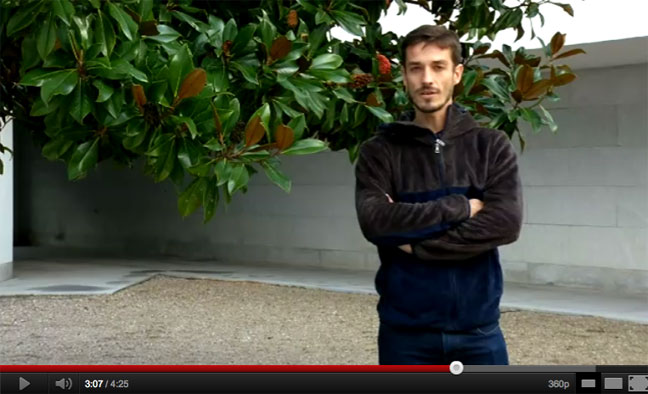 Very special thanks to all the priests whose commitment to the text resulted in such beautiful readings.

DEUS POBRE was commissioned and partly produced by Museu Serralves for “Às Artes, Cidadãos!” (2010-2011) —an exhibition that commemorated the 100th Anniversary of the Portuguese Republic.