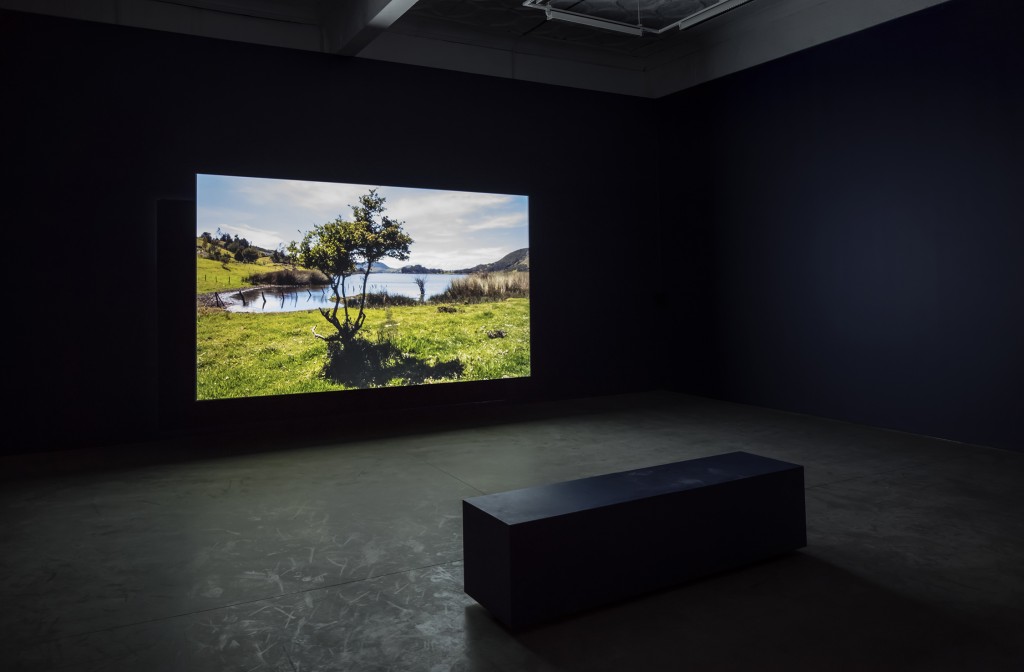 Beloved Martina… was an exhibition by Carlos Motta at Mercer Union in Toronto (April-May 2016) curated by Georgina Jackson that presented a series of works that reflect on the restrictive nature of the gender binary and its own mythologizing forces, and focuses on the historical and ongoing repression of intersex identities. Presented in the front gallery is the video Deseos/تابغر [Desires] (2015) forms the starting point of the exhibition. Weaving across expanses of water, land, history, language, and cultures, the film traces the epistolary correspondence of two women at the beginning of the nineteenth century, one in Suesca, Colombia, and the other in Beirut, to engage with the social, political and epistemological possibilities of desire. Deseos/تابغر narrates the stories of Martina who was prosecuted for being a “hermaphrodite” and of Nour, a woman who is forced to marry her female lover’s brother. The intimate communication between the two women reveals the ways in which medicine, law, religion, and cultural tradition shaped dominant discourses of the gendered and sexual body. 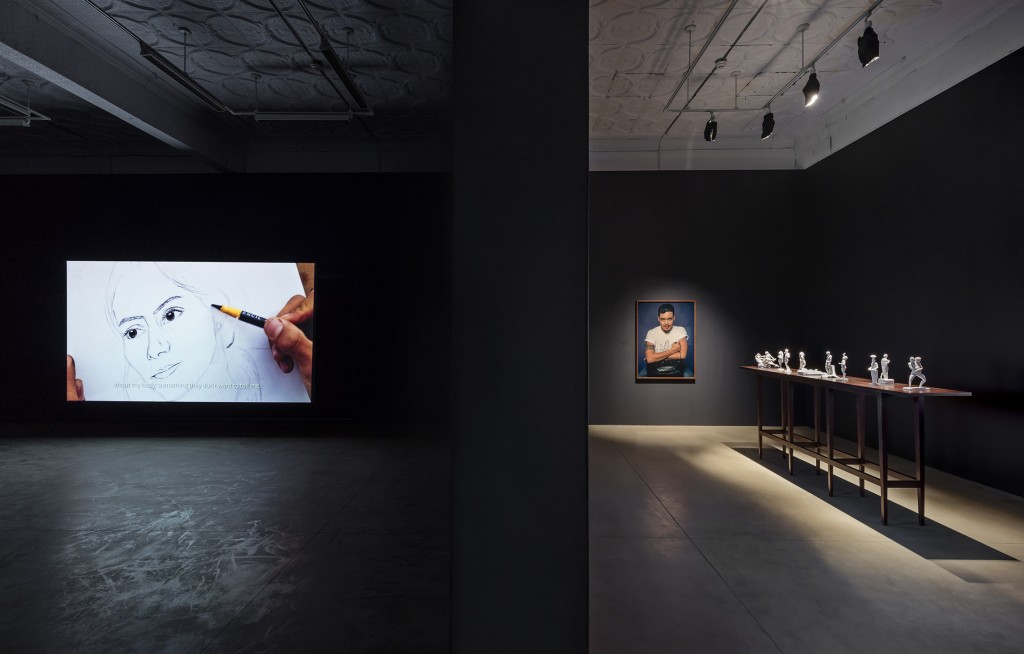 Parallel to this video installation, in the back gallery, Motta presents Beloved Martina a new series of 3D sandstone prints that depict the mythological figure of the “hermaphrodite,” based on sculptures from Greek and Roman antiquity and the Renaissance, and photographs from the late nineteenth century. Exhibited in a museum-like installation, the sculptures confront the institutional drive to classify and define with its authoritative gaze. Motta’s layering of stories is not just contained within the past: included in the exhibition are a series of video portraits part of Motta’s oral history project Gender Talents (2015) where intersex activists Jim Ambrose, Tiger Devore, David Iris Cameron, Hida Viloria and Sean Saifa M. Wall speak of their battles around advocating for the recognition of intersex identities and politics. 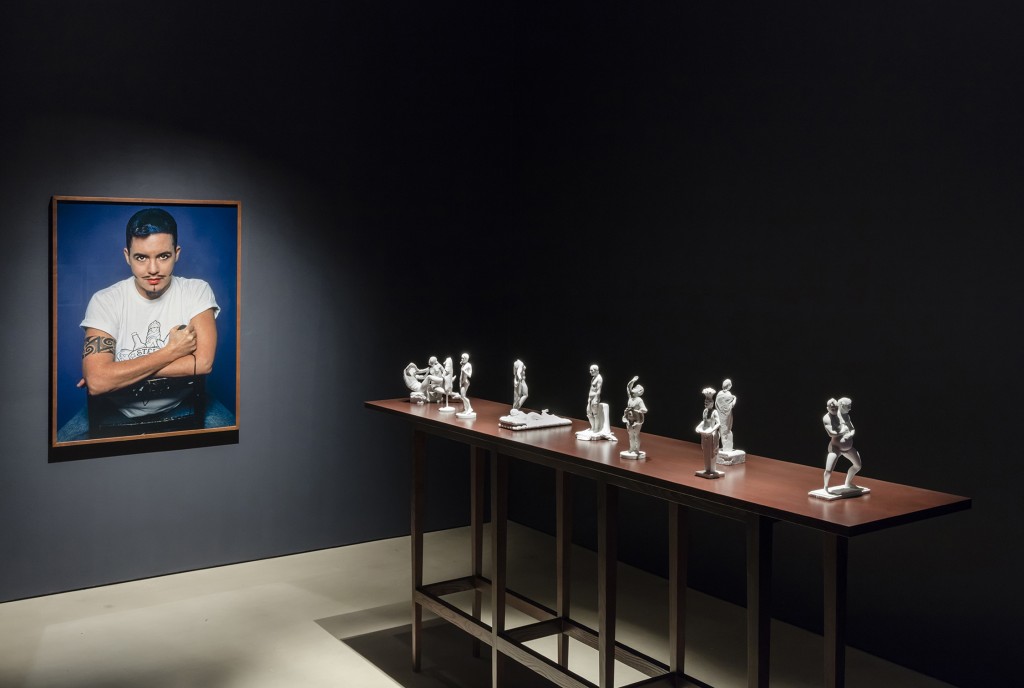 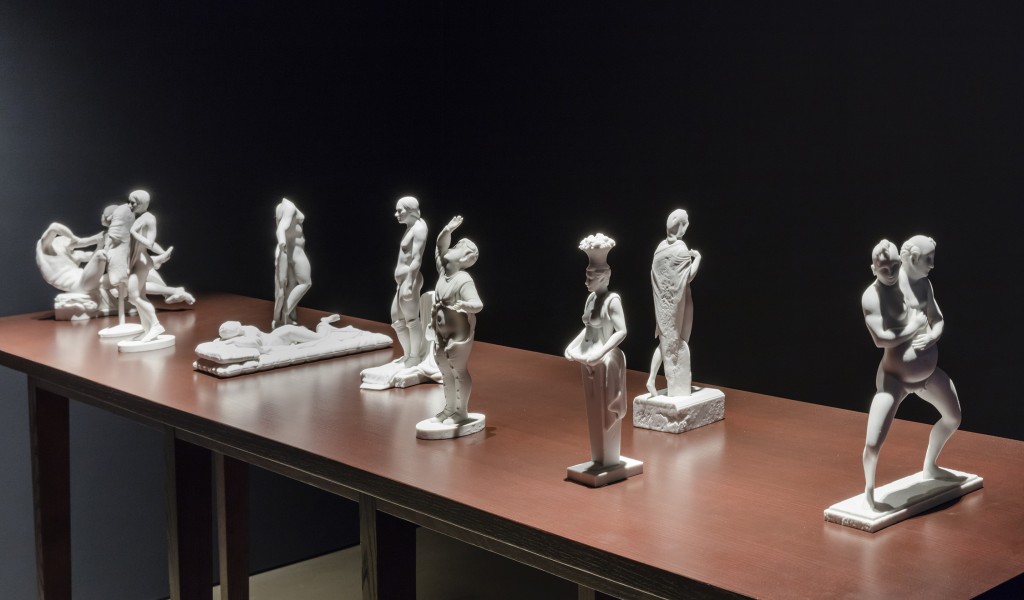 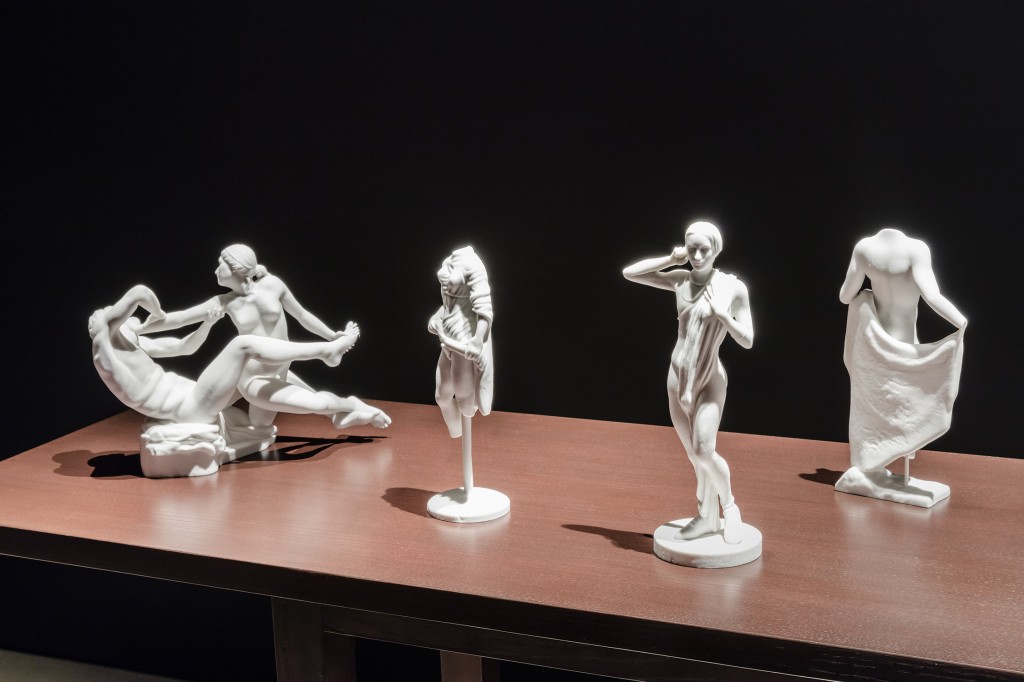 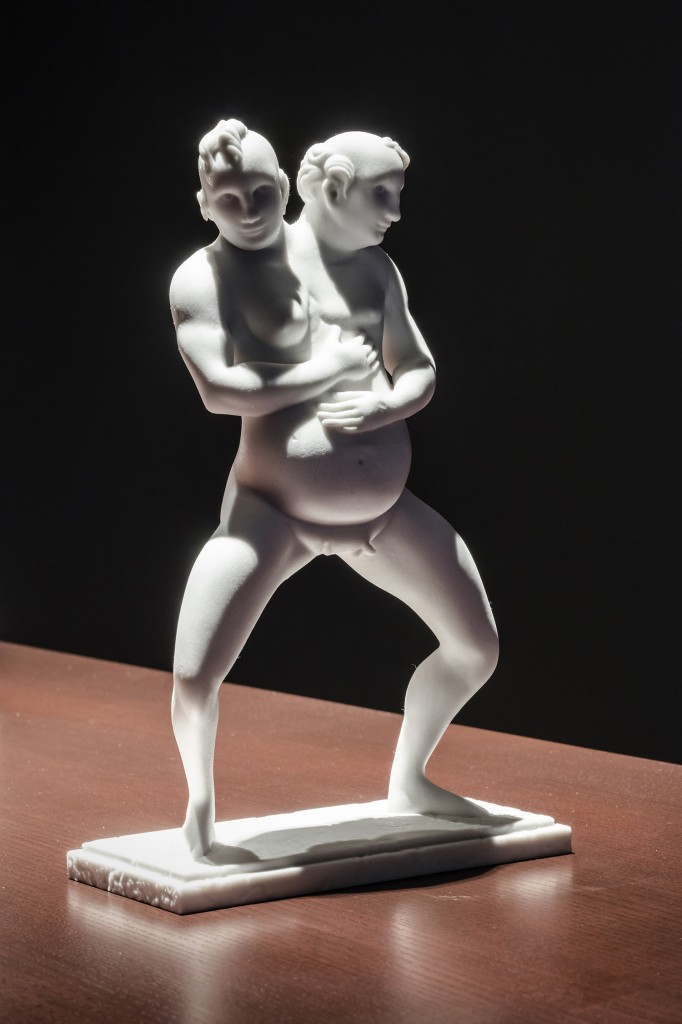 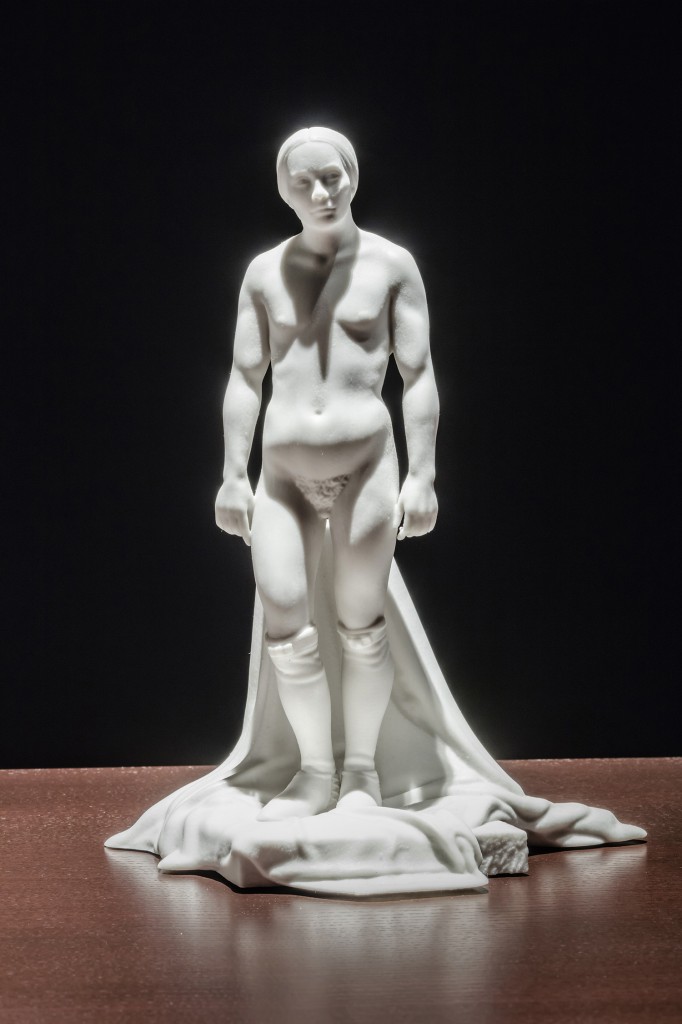 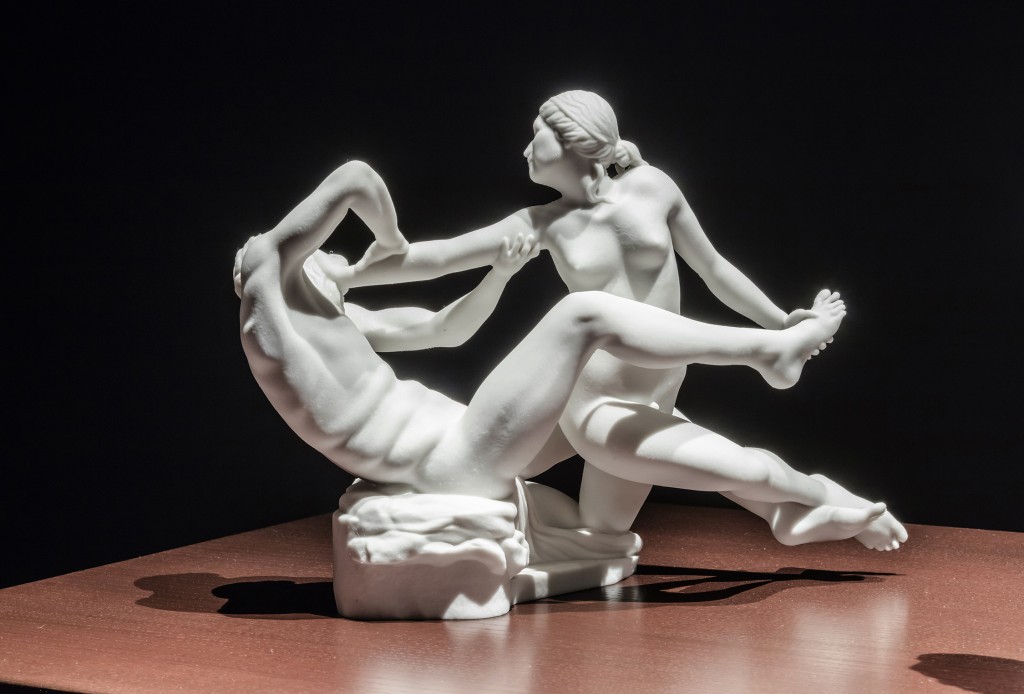 Presiding over the gallery is Self-Portrait: Blue Beard (1996) by Del LaGrace Volcano, a photographic self-portrait that defies viewers’ assumptions and expectations about gender performance and expression. Also included is Arisleyda Dilone’s film Mami y Yo yi mi Gallito (2015) which focuses on the vulnerable relationship between a mother and her intersex daughter and Pidgeon Pagonis’ photographic series Children’s Memorial Hospital Killa [CMHK] (2015) that depicts their singular protest in front of the hospital where they underwent numerous medical procedures as “corrective” measures during their childhood. 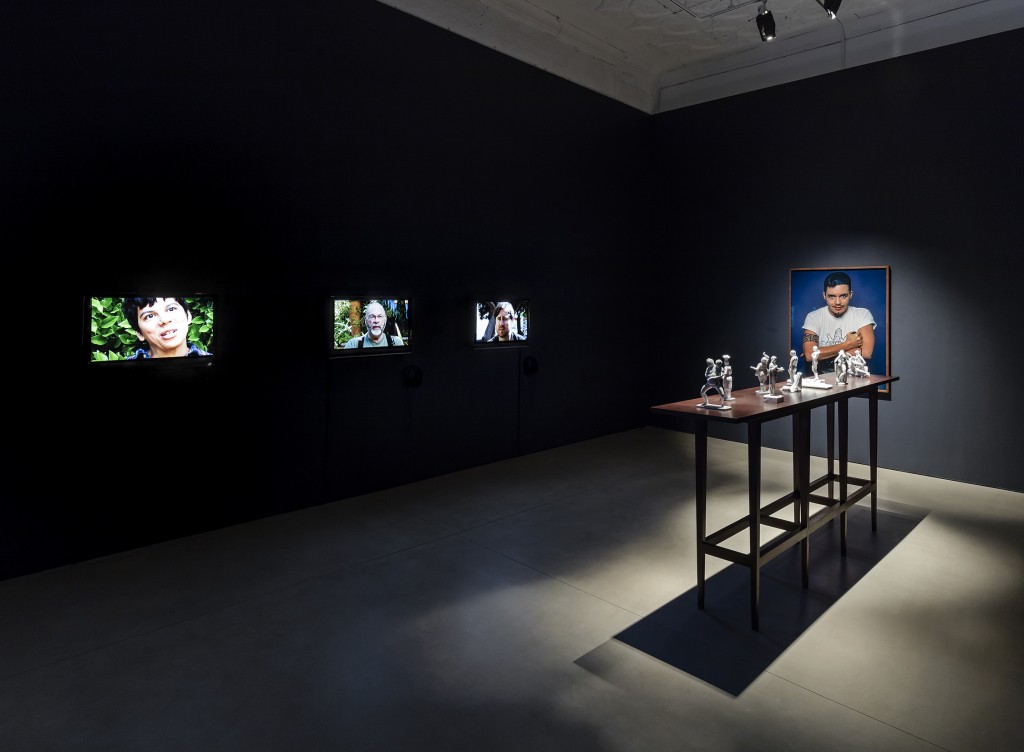 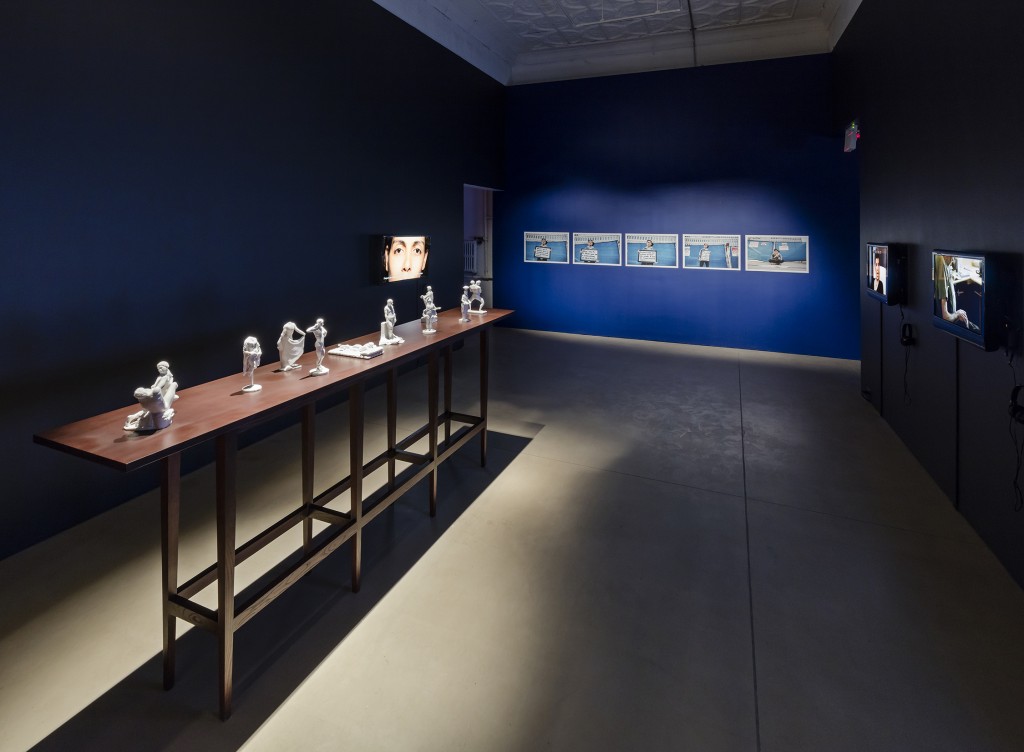 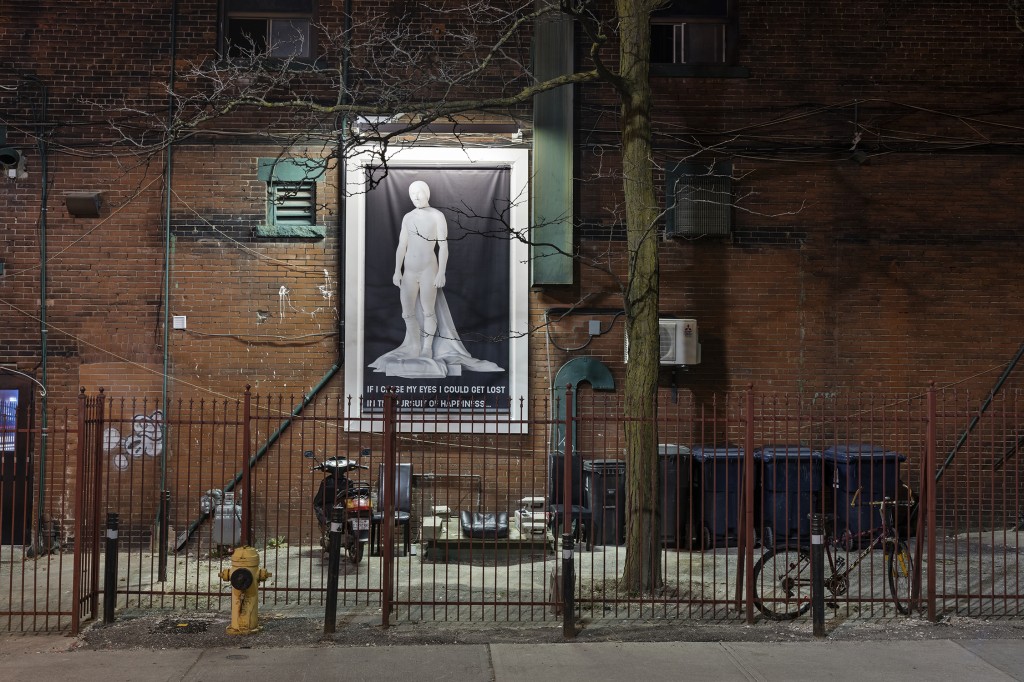 Beloved Martina by Carlos Motta: A banner outside Mercer Union that read: “IF I CLOSE MY EYES I COULD GET LOST IN THE PURSUIT OF HAPPINESS”