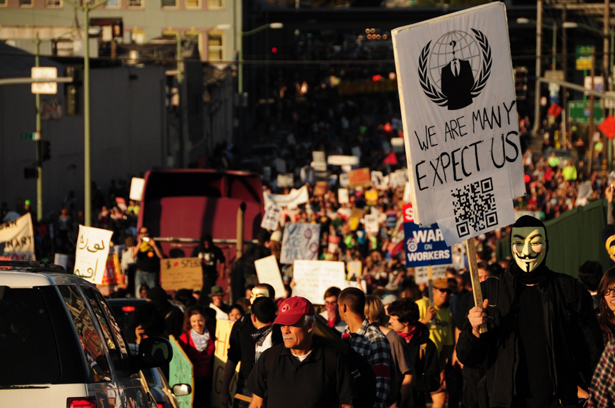 Visual culture can take the form of political and social activism, and activism often takes on specific, and sometimes surprising, visual forms. How can we better understand forms of communication that take place under threat of war, revolution, or repression? What strategies can be deployed to transform our engagement with the built environment and broader ecologies? How do embedded social hegemonies, such as racism, figure in the larger efforts to engage with activism visually? How is our broader visual culture shaped by activist practices that circulate in public space?

Scholars, artists, and activists address these and related questions in a series of presentations, performances, and interactive projects in San Francisco, California, over the course of two days. Friday’s schedule includes panel conversations on queer tactics, environmentalism, and social-networking activism, a keynote address by artist Carlos Motta, and opportunities for audience members to participate in artist- and activist-led projects, workshops, and critical conversations on the intersections between visual culture and activism.

Saturday’s schedule includes keynote presentations by filmmaker and critic Trinh T. Minh-ha and photographer Zanele Muholi, the Annual General Meeting of the International Association for Visual Culture, and panel discussions on issues of displacement, both locally and internationally, and on the political role of visual culture in areas of conflict, war, and revolution.