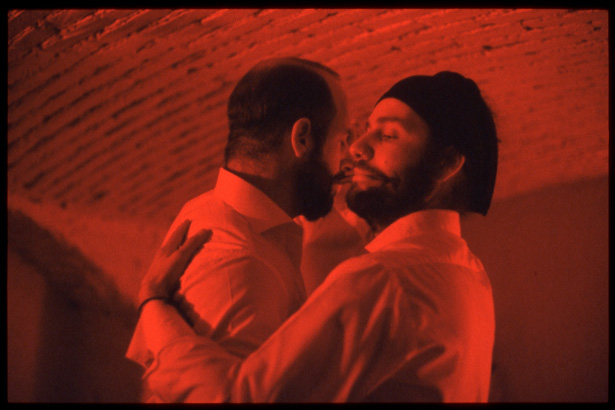 The Institute for Art, Religion and Social Justice at Union Theological Seminary presents Godfull: Shape Shifting God as Queer, a performative symposium convened by artist Carlos Motta and minister Jared Gilbert featuring performative lectures and performances by a group of academics, activists, artists and theologians to explore the intersections of queer politics, spirituality and social justice.

The regulation of sexual activity is the primary system for controlling bodies within religions and the societies they influence. Such regulations often authorize violence against bodies as well as the depravation and social stratification of gender and sexual identities. As lesbians and gays have gained unprecedented visibility and in some cases legislative recognition, American faiths have by and large opened their doors to those homosexuals who manage to comply with institutionalized systems of social respectability. These faiths are now unwittingly complicit in new forms of heteronormative oppression.

Queer sexuality, bodies and activism form the ground from which queer art, spirituality and political narratives nurture new visions of a just society. At the same time queer communities remain in constant tension with these visions, always exploring the evolving and deviant backside of spiritual, political and social spaces.

Godfull: Shape Shifting God as Queer explores queerness as a constant force of disruption in theology and sexual politics. The participants speak of a “queerness” in theology that is particular and explicit of the queer body, a “queerness” that represents a constant pursuit of new social and spiritual revelations through deviant, subversive and indecent affirmations that will continue to challenge repressive notions of morality and respectability.

Godfull: Shape Shifting God as Queer was commissioned by The Institute for Art, Religion and Social Justice and is a project initiated by Carlos Motta as part of his artist residency at the Institute in spring 2013.