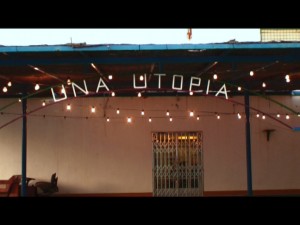 The concept Absolute Democracy was originally used by the philosopher Baruch Spinoza, and meanwhile updated by the influential capitalism critics Antonio Negri and Michael Hardt, stands for a vision: for the vision of a republic founded on a broad collaboration of its citizens and on the development of common goods. It is an idea that propagates the redistribution of wealth and power and the possibility of new, more equitable systems of rule. It denounces the effects of capitalism and thus challenges a normative understanding of class, race, gender and sexuality. Against this background, “Absolute Democracy” takes a critical look at the concept of democracy, spotlighting the problem of its social, political and economic consequences and offering alternative interpretations of historiography.

This exhibition is part of steirischer herbst