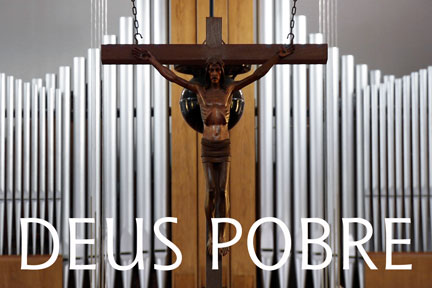 Set in Portugal, DEUS POBRE, which translates as Impoverished God, revisits this particular history by asking contemporary priests to deliver, during their daily mass or for a public audience, theological-political sermons originally written byBartolomé de las Casas (1542), António Vieira (1653-57), Gustavo Gutiérrez(1971), Óscar Romero (1977-80),and Leonardo Boff (1996). Thus the priests engage with Portugal’s colonial history and the past role of the church in missionary evangelization, as well as with its current institutional role in a globalized and socially unequal world where the majority of its population lives in abject poverty.